After a six-day shut-down, British horse racing makes a ‘risk-managed’ return this Wednesday, a host of rescheduled big races setting up a nigh £1million Saturday.

The British Horseracing Authority ordered a six-day shut-down of racing in the UK, following the identification of the highly-contagious virus Equine Influenza in active, vaccinated thoroughbred racehorses.

Further cases have since been found, including in Newmarket, a densely-populated horse racing centre. However, the number of positive cases in the 1,000s of horses tested has been so low, the BHA on Monday night announced racing would restart on Wednesday.

It also outlined plans to rescheduled the most valuable races that were lost during the blackout, including Newbury’s Grade 3 Betfair Hurdle and Grade 2 Denman Chase, bringing the total prize money for Saturday’s progamme at Ascot, Haydock and Wincanton to beyond £900,000.

Jumps fixtures at Musselburgh and Plumpton will go ahead on Wednesday, alongside the all-weather meetings at Southwell and Kempton, with big races that were cancelled last weekend, set to be run this weekend.

With Ascot, Haydock and Wincanton already set to stage the £150,000 Ascot Chase, £100,000 Grand National Trial, and £60,000 Kingwell Hurdle, alongside lucrative undercards, this move swells Saturday’s pot and sets up a serious pre-Cheltenham betting treat for punters.

The ITV Racing cameras were already set to be live at Ascot, Haydock and Wincanton this Saturday, and will announce their revised schedule later this week, following the BHA’s release of Saturday’s full programme.

The line up of major races the rescheduled races are set to join are laid out below, including plenty of recognised Cheltenham Festival trials – particularly the Ascot Chase, which has produced three Ryanair Chase winners in the past eight years.

Despite getting the all-clear to return to racing, the BHA has stressed that some risk does remain and that these race meetings will be run subject to strict biosecurity measures.

Infected horses are still present in horse racing stables in Cheshire and Newmarket, these yards not permitted to make entries or have runners until all horses return negative equine flu tests.

The BHA has also developed a risk framework to calculate the level of risk other trainers have exposed to, and they will use this to decide which other trainers are not permitted to return to racing.

Trainers will be informed of their category and eligibility to run on Tuesday morning, declarations for the first race meetings on Wednesday will then be scrutinised by BHA officials to ensure only horses from the cleared yards have been declared.

For bettors, that means declarations for Wednesday’s cards that would normally be available shortly after 10.30am, will be held until 1.30pm. The BHA was unclear whether this would continue across the weekend as well, but it is expected the key races could be subject to 48-hour declarations closing on Thursday. 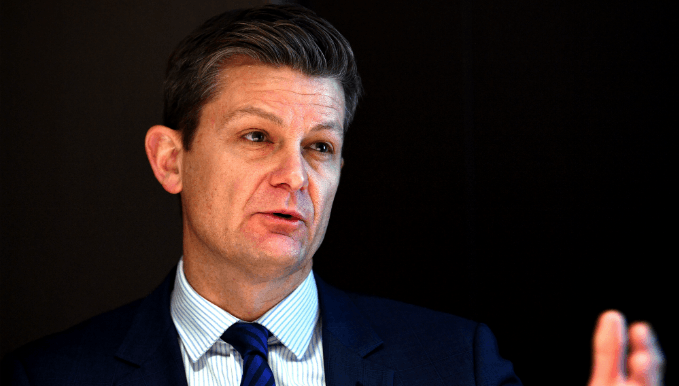 It was a late-night meeting with the BHA’s veterinary committee that led to necessary protocols being designed in time for racing to resume on Wednesday.

The decisions reached at that meeting were not made public until well after 11pm, but they were unanimous and the BHA’s Chief Regulatory Officer, Brant Dunshea (pictured), is satisfied that the equine flu outbreak is under control.

“After analysis of thousands of samples, and no further positive tests on Monday, we still only have two confirmed sites of infection,” he said. “We have put robust containment measures in place around both.

“From the testing and analysis conducted the disease appears to be contained at present. Clearly, there is some risk associated with returning to racing. This risk has been assessed and, based on the evidence – and ensuring biosecurity measures are in place – the level of risk is viewed as acceptable.”

Along with biosecurity measures being put in place at racecourses, as an interim measure, the BHA will not accept entries or declarations from horses that have not been vaccinated against equine influenza in the last six months.

Trainers will be required to provide a health declaration before their horse(s) being granted access to racecourse stables.

BHA’s Director of Equine Health and Welfare, David Sykes said: “We have developed a risk model, which the veterinary committee support, in order to assist the return to racing.

“We will observe closely those horses who are taken to the racecourse and will intervene as a precaution to prevent a horse running or accessing a racecourse if we believe it might put other horses at risk of infection.

“The veterinary committee are of the view that an unprecedented amount of this disease has been identified in Europe. This is not a typical endemic period and it was essential that precautions be taken to protect the horse population.”

Kentucky sports betting again returned to the forefront of lawmakers’ minds Wednesday during a committee hearing where supporters reiterated arguments for legalized wagering. Though the Feb. 13 meeting of the House Licensing, Occupations and Administrative Regulations Read more…

Trainer Paul Nicholls looks to have another live one for the Grand National, after his Give Me A Cooper was slashed in the Aintree betting, following the unveiling of the 2019 Grand National weights. At Read more…